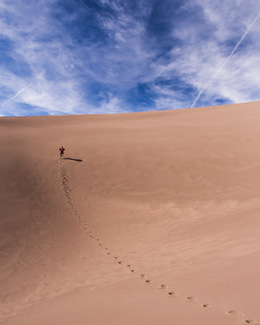 Where Did God GO?


1 Samuel 3:1 And the child Samuel ministered unto the Lord before Eli. And the word of the Lord was precious in those days; there was no open vision.

There are so many churches in almost every town!  It is curious that we live in a land where you can go to hear WHATEVER you want to hear, and yet who can say that they’ve heard the LORD today?

Did you know that in the past, major Revivals occurred every 80 years or so?  They usually only lasted a year or two. However, those that were saved became strong, Godly men and women for the rest of their lives.

During Revivals, crime dropped to nearly nothing.  Alcoholism, domestic violence, divorce and even workplace injuries were dramatically reduced.  Tales are told of people in great distress over their sin.  Many cried out to God all through the night seeking to be born again.

In the days of Samuel, the priests were corrupt.  They took from the offerings more than they were allowed and threatened the people.

1 Samuel 2:17 Wherefore the sin of the young men was very great before the Lord: for men abhorred the offering of the Lord.

Why didn’t God DO something?

While Samuel learned the ways of the Lord, Israel suffered military losses, lost the Ark of the Covenant and the corrupt priests were killed.

We are not living in good times.  The path to Revival will not be easy.  Our nation, our churches and our people are certainly suffering for mocking God and turning their backs on Jesus Christ.

But there is Good News!!

God is seeking men and women who will HEAR His voice!

John 10:27-28 My sheep hear my voice, and I know them, and they follow me: 28 And I give unto them eternal life; and they shall never perish, neither shall any man pluck them out of my hand.

The problem hasn’t been that God doesn’t want to talk to us, but that WE haven’t wanted to LISTEN to Him.  This is why Jesus speaks in parables!

Matthew 13:10-15 And the disciples came, and said unto him, Why speakest thou unto them in parables?

11 He answered and said unto them, Because it is given unto you to know the mysteries of the kingdom of heaven, but to them it is not given.

13 Therefore speak I to them in parables: because they seeing see not; and hearing they hear not, neither do they understand.

We have been taught from childhood to desire our own welfare in ALL THINGS.  Our parents, the teachers in our schools, even the pastors in our churches tell us how important WE are.  We vote for the politicians that will give US the best deal.  The churches tell us that we need is to get God’s Best for us!!

What will happen if we are converted (change our minds)?  What if we desire what’s best for God?  What if we repent and surrender to Jesus Christ?  How will that work out?

Will God speak to us?

Jesus tells us the parable of the sower to explain the problems we will have if we want to be born again.  They also describe the reasons that many Christians never actually see the wonderful things promised in His Kingdom:

Matthew 131-9 The same day went Jesus out of the house, and sat by the sea side.

2 And great multitudes were gathered together unto him, so that he went into a ship, and sat; and the whole multitude stood on the shore.

3 And he spake many things unto them in parables, saying, Behold, a sower went forth to sow;

4 And when he sowed, some seeds fell by the way side, and the fowls came and devoured them up:

5 Some fell upon stony places, where they had not much earth: and forthwith they sprung up, because they had no deepness of earth:

6 And when the sun was up, they were scorched; and because they had no root, they withered away.

7 And some fell among thorns; and the thorns sprung up, and choked them:

8 But other fell into good ground, and brought forth fruit, some an hundredfold, some sixtyfold, some thirtyfold.

9 Who hath ears to hear, let him hear.

Of course, at this point, Jesus is talking to the whole multitude.  Most come because they want something from Him; some need healing or deliverance from demons, or they are hungry for free food, or they want to be encouraged, or they want to see some sign or wonder…  Because most don’t want to be saved, He knows that most will go home with what they came for, but not what Jesus wants to give them.

Fortunately, out of that great crowd of people, a few come seeking HIM.  To them He explains the parable so that they CAN understand:

Matthew 13:18-19 Hear ye therefore the parable of the sower.

19 When any one heareth the word of the kingdom, and understandeth it not, then cometh the wicked one, and catcheth away that which was sown in his heart. This is he which received seed by the way side.

First, you must UNDERSTAND what Jesus is saying:

-More than just what the words mean, you must understand what
CHANGES they mean for your life.

-You must decide to ACCEPT these things.  If not, you are “closing  your
eyes”.  We need to “hear” the word.

Matthew 13:20-21 But he that received the seed into stony places, the same is he that heareth the word, and anon with joy receiveth it;

21 Yet hath he not root in himself, but dureth for a while: for when tribulation or persecution ariseth because of the word, by and by he is offended.

Second, you should expect resistance, insults and even injury or death.

-You must be proud of Jesus and what He has done for us.

-Knowing that Jesus was tortured and killed for being the Messiah, know that His
enemies will attack YOU in His place!

Matthew 13:22 He also that received seed among the thorns is he that heareth the word; and the care of this world, and the deceitfulness of riches, choke the word, and he becometh unfruitful.

Thirdly, desire for the goods and pleasures of the world around us can prevent us from finding Christ and following Him.

-Do not expect to be financially wealthy when you choose Christ.

-What you do have may be sacrificed for His Kingdom: houses,   properties, money,
friendships and jobs are ALL disposable to God     (and  have ALWAYS belonged to God).

You should expect to receive God’s RICHES and GLORY, POWER and JOY: these are all available RIGHT NOW in the Kingdom of God.  You don’t even have to ask.

Matthew 13:23 But he that received seed into the good ground is he that heareth the word, and understandeth it; which also beareth fruit, and bringeth forth, some an hundredfold, some sixty, some thirty.

The fruit we are looking for, the fruit that we need is the Salvation of our people!

-Everything in the Earth is rusting, wearing and fading away!


-Most of those that we love and cherish are likewise falling into death, judgment and the
sorrows of Hell.

Will you join with Samuel when the Lord is calling you?

10 And the Lord came, and stood, and called as at other times, Samuel, Samuel. Then Samuel answered, Speak; for thy servant heareth.

11 And the Lord said to Samuel, Behold, I will do a thing in Israel, at which both the ears of every one that heareth it shall tingle.

Today is the day of Salvation!

Today is the day Jesus is calling you!

Will you listen today?

Create your own unique website with customizable templates.
Photo used under Creative Commons from Bryce Bradford