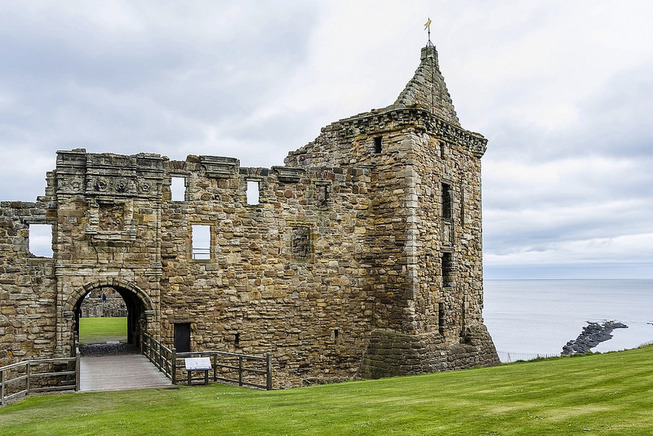 The Old Testament contains so many promises about what life will be like when the Kingdom comes:

-Daniel says that the Kingdom would come and destroy the
kingdoms of the earth and consume them.  And it will last forever!
(Daniel 2:44-45)

Daniel 7:13-14 I saw in the night visions, and, behold, one like the Son of man came with the clouds of heaven, and came to the Ancient of days  and they brought him near before him.
14 And there was given him dominion, and glory, and a kingdom, that all people, nations, and languages, should serve him: his dominion is an everlasting dominion, which shall not pass away, and his kingdom that which shall not be destroyed.

-God also promised to Daniel that the Kingdom would be given to
the Saints of God (Christians, today).

Daniel 7:27 And the kingdom and dominion, and the greatness of the kingdom under the whole heaven, shall be given to the people of the saints of the most High, whose kingdom is an everlasting kingdom, and all dominions shall serve and obey him.

In my early Baptist days, Heaven and the Kingdom of Heaven, were generally referred to as something that will come after we die (or after the Rapture).  The promises coming to us by “Inheritance” were for much later; for when we finally go to Heaven.
In this way, we had an EXCUSE for why the Bible doesn’t describe what we see around us.
Example:

The Old Testament describes Jesus’ Kingdom as a place where the lion and lamb will lie down together… (Is. 11:6-9), (Is. 65:23-25)
-I was told (by my Christian teachers) that this hasn’t come to pass
(except after the lion has eaten the lamb).
-Justice, Righteousness, Peace, indeed ALL of the wonderful
promises that God has given us haven’t ACTUALLY come to pass…

SHAME on these teachers!!

They are clearly the “blind leading the blind”.

Matthew 15:12-14 Then came his disciples, and said unto him, Knowest thou that the Pharisees were offended, after they heard this saying?
13 But he answered and said, Every plant, which my heavenly Father hath not planted, shall be rooted up.
14 Let them alone: they be blind leaders of the blind. And if the blind lead the blind, both shall fall into the ditch.

When Jesus says that He will judge between the sheep and the goats, no one thinks that sheep will go to Heaven and goats will go to Hell (Matt. 25:31-46).  Every reasonable person knows that He is referring to different types of people that call themselves Christians.
The lions and lambs that Isaiah describes are PEOPLE after they have entered into the Kingdom of Heaven.

So again we must ask:

What has become of the Kingdom of God?

First, where did it used to be?

After chapters of instruction, many blood and grain sacrifices and a week of purification…

Exodus 29:42-46 This shall be a continual burnt offering throughout your generations at the door of the tabernacle of the congregation before the Lord: where I will meet you, to speak there unto thee.
43 And there I will meet with the children of Israel, and the tabernacle shall be sanctified by my glory.
44 And I will sanctify the tabernacle of the congregation, and the altar: I will sanctify also both Aaron and his sons, to minister to me in the priest's office.
45 And I will dwell among the children of Israel, and will be their God.
46 And they shall know that I am the Lord their God, that brought them forth out of the land of Egypt, that I may dwell among them: I am the Lord their God.

-The high priest could enter into the holy place to speak with God.
-The common people (the congregation) had to wait outside.
-If it was done improperly, the high priest would die.

Hebrews 9:6-8 Now when these things were thus ordained, the priests went always into the first tabernacle, accomplishing the service of God.
7 But into the second went the high priest alone once every year, not without blood, which he offered for himself, and for the errors of the people:
8 The Holy Ghost this signifying, that the way into the holiest of all was not yet made manifest, while as the first tabernacle was yet standing:

This was the way that Israel followed God…

NOW, fortunately, Jesus changed all of this in a wonderful way!

Hebrews 9:19-28 For when Moses had spoken every precept to all the people according to the law, he took the blood of calves and of goats, with water, and scarlet wool, and hyssop, and sprinkled both the book, and all the people,
20 Saying, This is the blood of the testament which God hath enjoined unto you.
21 Moreover he sprinkled with blood both the tabernacle, and all the vessels of the ministry.
22 And almost all things are by the law purged with blood; and without shedding of blood is no remission.
23 It was therefore necessary that the patterns of things in the heavens should be purified with these; but the heavenly things themselves with better sacrifices than these.
24 For Christ is not entered into the holy places made with hands, which are the figures of the true; but into heaven itself, now to appear in the presence of God for us:
25 Nor yet that he should offer himself often, as the high priest entereth into the holy place every year with blood of others;
26 For then must he often have suffered since the foundation of the world: but now once in the end of the world hath he appeared to put away sin by the sacrifice of himself.
27 And as it is appointed unto men once to die, but after this the judgment:
28 So Christ was once offered to bear the sins of many; and unto them that look for him shall he appear the second time without sin unto salvation.

Hebrews 8:6 But now hath he (Jesus) obtained a more excellent ministry, by how much also he is the mediator of a better covenant, which was established upon better promises.

In this new Covenant, any Christian may enter into the presence of God and God will speak to that soul that has trusted Christ with their life!

Hebrews 8:10-12 For this is the covenant that I will make with the house of Israel after those days, saith the Lord; I will put my laws into their mind, and write them in their hearts: and I will be to them a God, and they shall be to me a people:
11 And they shall not teach every man his neighbour, and every man his brother, saying, Know the Lord: for all shall know me, from the least to the greatest.
12 For I will be merciful to their unrighteousness, and their sins and their iniquities will I remember no more   (quoting Jeremiah 31:33-34)

But why did we have to wait SO LONG?

Hebrews 9:14-17 How much more shall the blood of Christ, who through the eternal Spirit offered himself without spot to God, purge your conscience from dead works to serve the living God?
15 And for this cause he is the mediator of the new testament, that by means of death, for the redemption of the transgressions that were under the first testament, they which are called might receive the promise of eternal inheritance.
16 For where a testament is, there must also of necessity be the death of the testator.
17 For a testament is of force after men are dead: otherwise it is of no strength at all while the testator liveth.

The Testator is Jesus Christ!!

The New Covenant had been written long ago, but couldn’t be IN FORCE until after Jesus died on the Cross…

The promises of the new covenant weren’t in force until AFTER the testator (Jesus) died!


Colossians 1:12-13 Giving thanks unto the Father, which hath made us meet to be partakers of the inheritance of the saints in light:
13 Who hath delivered us from the power of darkness, and hath translated us into the kingdom of his dear Son:

Ephesians 1:17-18 That the God of our Lord Jesus Christ, the Father of glory, may give unto you the spirit of wisdom and revelation in the knowledge of him:
18 The eyes of your understanding being enlightened; that ye may know what is the hope of his calling, and what the riches of the glory of his inheritance in the saints,

After John the Baptist, the Kingdom of Heaven operates under the New Covenant relationship with God.  The Old Covenant used to work if
you needed something from God, but not anymore.

Luke 16:16 The law and the prophets were until John: since that time the kingdom of God is preached, and every man presseth into it.

John’s ministry was the completion of the Old Covenant.  He announced (and witnessed) the arrival of Jesus Christ.

Matthew 11:11 Verily I say unto you, Among them that are born of women there hath not risen a greater than John the Baptist: notwithstanding he that is least in the kingdom of heaven is greater than he.

SINCE John, the Kingdom of Heaven was available to all that came to Jesus!

While Jesus walked the streets of Jerusalem, to go to Him you needed to push your way through the crowds of His friends and enemies.

(In the following verses, the Greek words translated “violence”, “violent”
and “force” refer to moving through crowds and pushing your way in…)

Matthew 11:12-15  And from the days of John the Baptist until now the kingdom of heaven suffereth violence, and the violent take it by force.
13 For all the prophets and the law prophesied until John.
14 And if ye will receive it, this is Elias, which was for to come.
15 He that hath ears to hear, let him hear.

At that time, if you lived in Israel you could listen to stories of where Jesus was ministering and go there.  You could look for the crowds of people that were searching for Him and join them.  If you could JUST GET TO JESUS, you could find Salvation, Healing and Help from God!

Luke 5:18-20 And, behold, men brought in a bed a man which was taken with a palsy: and they sought means to bring him in, and to lay him before him.
19 And when they could not find by what way they might bring him in because of the multitude, they went upon the housetop, and let him down through the tiling with his couch into the midst before Jesus.
20 And when he (Jesus) saw their faith, he said unto him, Man, thy sins are forgiven thee.

Mark 3:20-21 And the multitude cometh together again, so that they could not so much as eat bread.
21 And when his friends heard of it, they went out to lay hold on him (Jesus): for they said, He is beside himself.

Luke 19:2-5 And, behold, there was a man named Zacchaeus, which was the chief among the publicans, and he was rich.
3 And he sought to see Jesus who he was; and could not for the press, because he was little of stature.
4 And he ran before, and climbed up into a sycomore tree to see him: for he was to pass that way.
5 And when Jesus came to the place, he looked up, and saw him, and said unto him, Zacchaeus, make haste, and come down; for today I must abide at thy house.

What if you don’t live in Israel?  Believers have made long journeys (called pilgrimages) to visit the Holy Land (Israel)…  Even after travelling
for weeks or months, you are still stuck with an empty tomb or a broken wall…
​
The Kingdom of Heaven was much more available than when only the High Priest could enter it, but SOMETHING needed to be done to get the Kingdom of God out among all the people of the earth.


(To continue this message, please read;

Create your own unique website with customizable templates.
Photo used under Creative Commons from guillenperez