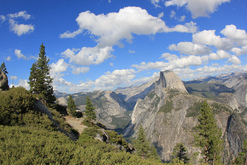 How do we know that Jesus is the Messiah and that God (the Father) sent Him to save us?

How do YOU know that Jesus is the Messiah that God sent to save YOU?

Definitions: Messiah = the anointed one (Hebrew)

Christ = the anointed one (Greek)

Jesus = God the savior, the God who saves

Since the only reliable source we have about the Messiah is the Bible, any honest consideration of this subject must accept the scriptures as the final test.  If not for the Bible, all discussions of God and His desires would only be guessing (or wildly hoping).

(Note: The origin of the Bible, the integrity of Scripture and the quality of the various translations are separate, fascinating studies.)

Is Jesus the Christ?  Is He the Savior that God promised us?  YES!!!

There are FOUR basic reasons to believe that Jesus is our Messiah.  While it cannot be said that any ONE of these reasons will prove that Jesus is the Christ, all four together PROVE that He is.

First; Jesus claimed to be the Messiah!

-At His trial, the high priest (serving as Judge) asked Jesus directly;

60 And the high priest stood up in the midst, and asked Jesus, saying, Answerest thou nothing? what is it which these witness against thee?

61 But he held his peace, and answered nothing. Again the high priest asked him, and said unto him, Art thou the Christ, the Son of the Blessed?

62 And Jesus said, I am: and ye shall see the Son of man sitting on the right hand of power, and coming in the clouds of heaven.

(Note: It’s interesting that Jesus said the word “I am” in the Greek.  The word is used in this way exclusively by God.  When Moses asked what to tell the children of Israel was God’s name, God said: “…I AM THAT I AM: and he said, Thus shalt thou say unto the children of Israel, I AM hath sent me unto you.” Ex. 3:14)

Jesus is on trial for His life and the judge asked Him if He is the Messiah.  Clearly He is CLAIMING to be Messiah and God!

Some might say that “You just testified about yourself, what you say is not true”.  In John 8:18, Jesus answers this complaint of the Pharisees: “I am one that bear witness of myself, and the Father that sent me beareth witness of me.”

16 And Simon Peter answered and said, Thou art the Christ, the Son of the living God.

17 And Jesus answered and said unto him, Blessed art thou, Simon Barjona: for flesh and blood hath not revealed it unto thee, but my Father which is in heaven.

Jesus here is saying that God the Father says that JESUS IS THE CHRIST!!

The second reason that we know Jesus is the Messiah is that He lived a blameless and perfect life.

Before men (again at His trial):

55 And the chief priests and all the council sought for witness against Jesus to put him to death; and found none.

56 For many bare false witness against him, but their witness agreed not together.

-This practice continues to this day.  Many say false things against Jesus, Christians and the Bible.  Admittedly, there are many false Christians talking about a false Jesus and some have even written false bibles...

Regarding Jesus’ trial:  The chief priest (judge) and council (jury) LOOKED for witnesses against Jesus! (Mk. 14:55)  Imagine you’re on trial and the Judge and Jury are all LOOKING for someone (anyone) to testify against you!!

15 For we have not an high priest which cannot be touched with the feeling of our infirmities; but was in all points tempted like as we are, yet without sin.

21 For even hereunto were ye called: because Christ also suffered for us, leaving us an example, that ye should follow his steps:

22 Who did no sin, neither was guile found in his mouth:

21 For he hath made him to be sin for us, who knew no sin; that we might be made the righteousness of God in him.

5 And ye know that he was manifested to take away our sins; and in him is no sin.

-All the other possible candidates for Messiah (in the time allowed by the prophecies) were either killed by     enemies, became murderers or converted to
Islam rather than die.

The third reason we know that Jesus is the Messiah is His resurrection!!

50 Jesus, when he had cried again with a loud voice, yielded up the ghost.

51 And, behold, the veil of the temple was rent in twain from the top to the bottom; and the earth did quake, and the rocks rent;

52 And the graves were opened; and many bodies of the saints which slept arose,

53 And came out of the graves after his resurrection, and went into the holy city, and appeared unto many.

54 Now when the centurion, and they that were with him, watching Jesus, saw the earthquake, and those things that were done, they feared greatly, saying, Truly this was the Son of God.

57 When the even was come, there came a rich man of Arimathaea, named Joseph, who also himself was Jesus' disciple:

58 He went to Pilate, and begged the body of Jesus. Then Pilate commanded the body to be delivered.

59 And when Joseph had taken the body, he wrapped it in a clean linen cloth,

60 And laid it in his own new tomb, which he had hewn out in the rock: and he rolled a great stone to the door of the sepulchre, and departed.

The stone was to prevent thieves and animals from having access.

62 Now the next day, that followed the day of the preparation, the chief priests and Pharisees came together unto Pilate,

63 Saying, Sir, we remember that that deceiver said, while he was yet alive, After three days I will rise again.

64 Command therefore that the sepulchre be made sure until the third day, lest his disciples come by night, and steal him away, and say unto the people, He is risen from the dead: so the last error shall be worse than the first.

65 Pilate said unto them, Ye have a watch: go your way, make it as sure as ye can.

66 So they went, and made the sepulchre sure, sealing the stone, and setting a watch.

Sealing the stone meant to put a royal seal (such as a wax seal with a signet pressed into the wax when it is still soft) to prove whether anyone had tampered with the grave secretly.

The watch was a group of Roman guards posted to prevent anyone from trying to move the great stone and get inside.

2 And, behold, there was a great earthquake: for the angel of the Lord descended from heaven, and came and rolled back the stone from the door, and sat upon it.

3 His countenance was like lightning, and his raiment white as snow:

4 And for fear of him the keepers did shake, and became as dead men.

Note: Many people object to the resurrection of Jesus.  Clearly, throughout history, God has raised the dead several times.  Some folks are just not comfortable with the idea that God made the whole world and each of us individually!  I suppose a lot of us are just sort of brain-washed with all that Big-bang/Evolution stuff that the Government and courts insist we be “taught” from childhood.  I say “brain-washed” because you weren’t allowed to seriously question those ideas or even hear the arguments properly presented.  Oh well, that’s another subject…

However, I would like to address some ideas that people play with:

Did the Romans steal the body?  No.

-They certainly would have produced it when the apostles began to preach that Jesus is alive.

Did the disciples steal the body?  No.

-The stone and the Roman guards were placed there to prevent it.

-The disciples were hiding out in depression and fear.

-After the resurrection, the disciples were bold unto death!

Did Jesus not really die?  Did He just go unconscious on the cross and get revived later?  No.

-We’ve already seen that the disciples didn’t take the body.

-The Romans pierced His heart with a spear! (John 19:34)  Blood and water coming out indicates no circulation (separation of blood components).

Was the resurrection a mass hallucination?  No.

-Jesus was seen by different kinds of people at different places and different times of day.

-After 40 days, no more sightings.

The fourth reason we know that Jesus is the Messiah is that Jesus continues to transform lives!

Jesus does not bring a new religion or a lot of new ideas about God.  He did not bring a list of works or moral rules that will make you acceptable to God.

-Jesus made atonement for your sins. (Romans 5:11)  That word means He made an exchange for your sins.  When He died on that cross, it was YOUR sins that He was dying for!!  If you will only believe that Jesus is the Messiah, you will gladly EXCHANGE your sad and doomed life for HIS joyful, eternal life!

-Jesus brings joy, peace and purpose into Christians’ lives.  He will bring them into YOUR life!

-Many have experienced miraculous healings and deliverance through the name of Jesus.

(Note: “In the name of Jesus” means that God will occasionally move in this way to persuade someone to “believe in Him who He has sent” (Jesus).

30 And many other signs truly did Jesus in the presence of his disciples, which are not written in this book:

31 But these are written, that ye might believe that Jesus is the Christ, the Son of God; and that believing ye might have life through his name.

The only Messiah that God will send you is Jesus Christ!!

The only hope you will ever have is that you let Jesus save you.

Why continue in darkness when you can repent and accept Jesus as your Christ, your Savior and your Lord?

-After all, that’s what all this being born, living and dying is all about!

-It’s the reason for everything you’ve ever suffered, everything that God ever let you lose.

-It’s why there are weeds in the ground and clouds in the sky.

-It’s why the moon is in the heavens and the reason the sun rises in the morning.

-ALL OF THIS TIME Jesus Christ has been waiting for you to accept Him.

Isn’t it time to be saved?

Create your own unique website with customizable templates.
Photo used under Creative Commons from daveynin